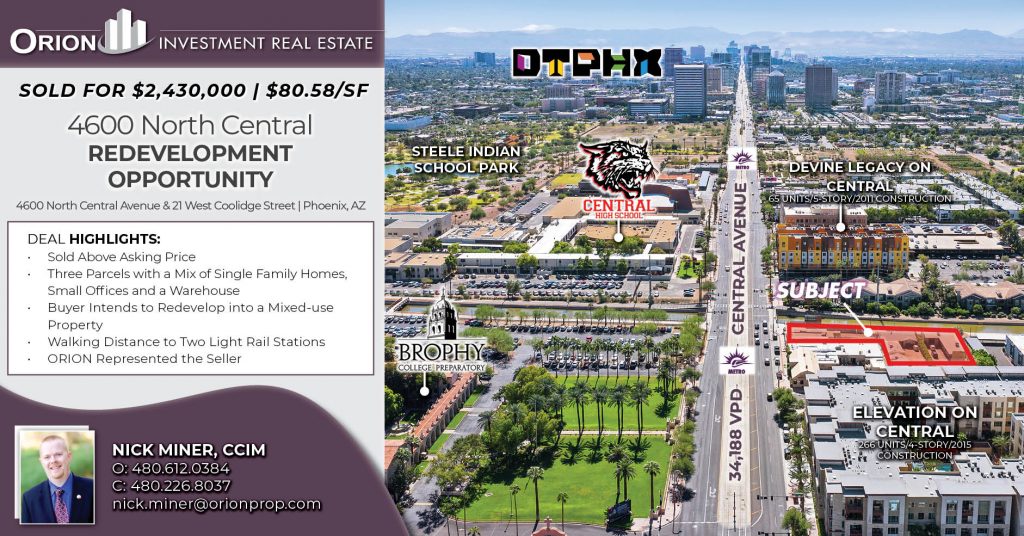 Located at 4600 North Central Avenue, the property benefits from high visibility along Central Avenue which currently sees an average of 34,000+ vehicles per day, plus includes multiple Light Rail stops within walking distance from the subject property. Moreover, the property has a TOD Overlay zoning and is a part of the City of Phoenix’s Canalscape Program which offers developers density bonuses.

“The Buyer was drawn to the site because of its superior location on Central Avenue.  The light rail and recent Canalscape improvements were additional bonuses,” stated Miner. The Buyer, Forty600 LP, represented by Dan Krantz of City to City Commercial, is in the process of assembling the adjoining parcels to construct a 144+ unit mixed-use development.

“We had multiple offers from competing developers.  The property ended up selling for over list price to the Buyer,” Miner continued. “This will be a great redevelopment project for the City of Phoenix when it is completed.”